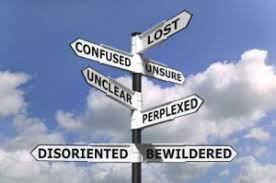 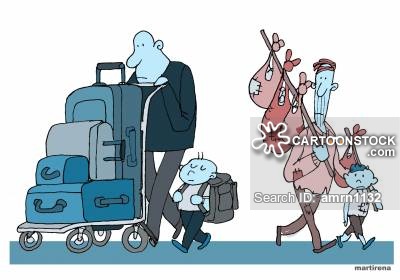 One of the most urgent and critical challenge that incumbent government in Pakistan had to face soon after assuming power in August 2018 was the crippled economy with huge internal and external debt with poor macroeconomic indicators. Pakistan’s economic woes include dwindling foreign exchange reserves, high inflation, growing fiscal deficit, and current account deficit, increase in debt, increase in import and decrease in export, low saving, lower investment, low tax collection, lack of policy implementation and excessive taxation; some of the solutions of these problems are offering low interest rate, collection of the taxes, proper use of young labor force, use of technology, better governance and decentralization. Although, these challenges are nothing new, and once again, the country finds itself knocking on the doors of the International Monetary Fund (IMF) for what will be its 22nd loan, which is promised to be around US $ 10 Billion. Pakistan already owes the IMF billions from previous programs. In fact, 30.7 percent of Pakistan’s government expenditure is earmarked for debt servicing, which cannot be supported by its decreasing revenues. Already on the Financial Action Task Force’s (FATF) grey list, and with the current Pakistan Tehreek-e-Insaaf (PTI) government enjoying internal institutional consensus on the national agenda, Pakistan must focus its attention on resolving its economic despair before it finds itself on the shores of bankruptcy.

In 2019, Pakistan finds itself facing a dire macroeconomic crisis. It is spending more on imports than it receives on exports, with its current account deficit having risen from $2.7 billion in 2015 to $18.2 billion in 2018. By the end of June 2018, the gross public debt of Pakistan reached USD $179.8 billion, showing an increase of $25.2 billion within a year. More than half of this increase in gross public debt was due to an increase in public external debt, which grew by 30.1 percent. In 2018, the depreciation of the Pakistani rupee against the U.S. dollar alone was responsible for an excessive USD $7.9 billion increase in public external debt. Despite the massive depreciation in the rupee, Pakistani exports have remained almost the same. Meanwhile, the government’s external debt has also increased from $64.1 billion in June 2018 to $65.8 billion in January 2019. The inflation rate is now touching 9.4 percent, which is a record level high over the last five years mostly due to rupee depreciation and rising energy prices. Along with a depreciating rupee that has made imports costlier, low foreign investment due to Pakistan’s security and political challenges has also severely hit its foreign exchange reserves. Despite rising deficits, Pakistan’s tax revenue was only 13 percent of its GDP in 2018. During the current fiscal year, the country has seen a decline in its revenues while expenditures have increased, resulting in a half-year fiscal deficit of 2.7 percent of GDP, the highest since 2010-11. According to the State Bank of Pakistan, the sharp decline in revenue can be attributed to a fall in development spending, reductions in income and corporate taxes, and taxes on petroleum products. With its domestic industry in ruins, Pakistan has not been able to rely on consistent foreign investment for more than stopgap measures. It did recently receive $2 billion from the United Arab Emirates (UAE) through the Abu Dhabi Fund for Development (ADFD), which provides concessionary development loans. This inflow has increased Pakistan’s foreign reserves from $14.956 billion at the start of March 2019 to $17.398 billion. In February, the Crown Prince of Saudi Arabia, Mohammad bin Salman, signed seven Memorandums of Understanding (MoUs) with Pakistan, pledging up to $21 billion worth of investment over the next six years. Qatar also pledged to provide US $ 3 billion as fiscal support plan. However, relying only on foreign aid and friendly countries for loans is not enough. If Pakistan is to tackle its current account deficit in the long run, the government must take substantial steps to improve the macroeconomic conditions by facing the mega long term challenges of the country and modernize its industrial sector to become more competitive in international markets.

What are these longer-term challenges? The standard framework employed by academic economists to discuss long term growth focuses attention on three main determinants: physical capital, human capital and institutions. First, the physical capital or Investment: The investment rate in Pakistan has stayed below 20% of GDP since 1991 and has fluctuated around 15% over the last ten years. In recent years, public investment has been around 4% and private investment around 11% of GDP as compared with East Asian countries average private investment of 30-35% of GDP. Both rates are too low to sustain the growth trajectory that Pakistan needs to solve its employment and poverty challenges. Why is public investment not at a higher level? This is because of the failure to generate adequate revenues from the domestic tax base. As long as the tax base remains as narrow as it is, and evasion, exemptions and avoidance remain high, public investment will continue to be constrained. As it is, public investment is highly dependent on the inflow of official loans from foreign donors.

Second major determinant of growth is The Human Capital. At one point, it was thought that rising education attainment among the population would be sufficient to generate adequate growth. Pakistan's human capital story, however, has been disappointing in several respects. First, the rate of growth of educational attainment has been low. Improvements in literacy, primary school enrolment and secondary school enrolment have occurred at a very slow pace compared to what is needed for growth and compared to regional comparators. Second, the quality of education has remained very poor. In the end, it is not the quantity of human capital that matters so much for growth as its quality. Human capital encompasses not just education but also health. Here as well, Pakistan's human capital story has been very disappointing.

There is a third determinant of long run growth which is best understood to refer to the institutional aspects of an economy or society, aspects such as corruption, transparency, rule of law, the burden of regulations, the extent of trust and social capital and so on. These aspects are independent of physical and human capital but affect the productivity with which such capital is applied.

So what does government need to do to put the economy back on the right track? This requires prudent economic management, reduction of wasteful expenditures and the stamping out of widespread corruption. Most importantly, it needs an honest, sincere and committed leadership that enjoys public confidence. Of all the promises it has made, a key challenge for PTI will be to create 10 million jobs over the next five years. The accompanying promise of building five million houses will help realise this promise, given the strong forward and backward linkages of the construction sector with the rest of the economy. There is a real need for the incoming government to come up with an industrial policy that halts de-industrialization and reignites an efficient and globally competitive industrial sector. In doing this, we must not move backward to the now discarded import substitution strategy of industrial growth but, instead, develop an export-oriented, competitive domestic industry. An aggressive skills training programme and a certification system for existing skills must be started. The government could consider giving to unemployed workers or those who want to upgrade their skills government-funded vouchers to help pay for certified skill training in schools and colleges. Job generation programmes must be calibrated to meet the separate needs of the educated unemployed as well as those of skilled, semi-skilled and unskilled workers. A well-thought-through active employment agency could be set up under the human resources ministry, including an employment exchange for the private sector that also operates on-line.

Earlier, only industry could boast of enjoying rapid technological change, new innovations and the economies of large-scale production. Instead, agriculture must realise its potential for sustained productivity and labour-absorbing growth. An active-support policy for small farmers – one that concentrates not just on credit and loans but also encourages the use of new seeds and technology and is bolstered by a well-functioning and competent farmers’ decision support system – should replace the existing arrangements; Information technology and tourism could be part of this initiative.

To make a significant impact on the current account deficit, Pakistan needs to ensure an investment-friendly environment that attracts more foreign direct investment (FDI), instead of relying so heavily on foreign aid. According to the World Bank’s Ease of Doing Business report, Pakistan ranks 136th out of 190 economies. To improve this ranking and draw more investment, Pakistan should ease customs laws and regulations, improve the security of the country, and rebrand and boost its international image as a desirable destination for tourism and industry alike by easing its visa policies, including introduction of e-visas. It should also encourage domestic investment through more flexible tax policies, particularly targeting small and medium-sized enterprises (SMEs). Such measures would reposition Pakistan on the international stage as stable, competitive ground for foreign investment.

Pakistan also needs to focus on building its domestic industry to expand its export portfolio and enhance its competitiveness in the international markets. In 2018, Pakistan ranked 107th out of 140 on the Global Competitiveness Index (GCI), which measures the performance of countries in indicators such as infrastructure, ICT adoption, macroeconomic stability, labour market, skills, financial stability, innovation capacity, etc. The low ranking signifies that the Pakistani government needs to take measures to stimulate economic growth and provide favorable business environment. The country’s ongoing energy crisis, which has caused significant losses in industry, has led factory owners to increasingly relocate to countries such as Bangladesh. Moreover, since its exports currently lose out to low-priced, good-quality products from countries like China and Bangladesh, Pakistan needs to modernize its industrial sector by establishing new plants and equipment to enhance global integration. It can do this by investing in research and development (R&D) to encourage product innovation and enhance labour productivity.

On top of these issues is the larger question of Pakistan’s failure to expand its export portfolio beyond a few low value-added products, such as textiles, rice, surgical goods, carpets, sports goods, and leather items, which is one of the largest factors behind its balance of payments deficit. Broadening the country’s export portfolio and exploring new export destinations such as Eastern European and Central Asian countries could revitalize foreign exchange earnings. As a security-oriented state, Pakistan’s priority has never been the economy, but it now needs to focus more on geo-economics over geo-strategy.

Currently, Pakistan is not taxing its agriculture sector and large businesses are often given big tax breaks. Hence, Pakistan needs to broaden its tax base by taxing the agricultural produce of landlords with big land holdings and stop giving tax amnesties to big businesses – instead of overburdening current taxpayers, improve fiscal transparency, and strengthen tax collection coordination at the national and provincial levels to ensure that revenue targets are met. These steps would go a long way to addressing the myriad financial and deficit issues stemming from the country’s weak governance.

Pakistan’s economic crisis cannot be resolved overnight. Support from the IMF and friendly countries like Saudi Arabia, China, and the UAE will only provide some breathing room in the short term to its shattered economy. Promoting manufacturing by creating a more investment-friendly environment, broadening its tax base, and encouraging innovation and modernization in export-led industries are just some of the most urgent measures the government can take to address the growing fiscal and current account deficit. Pakistan must take advantage of this moment of hard-won reprieve by building a truly stable and sustainable economy before it once again finds itself digging its own economic grave – and that of its people.